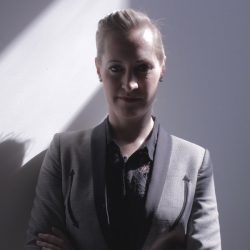 Katie Mackin, Founder and Managing Director Unlisted Melbourne
Katie’s production career spans the globe, and more than a decade. Beginning in Melbourne in 2002, Katie has hung her hat at some of the world’s top animation and VFX houses, both in Australia and in London. Having graced the Passion home office for almost ten years, she’s led major projects for brands like Audi, Adidas, Burberry and Coca-Cola and worked closely with agencies including VCCP Sydney, Wieden+Kennedy London, Goodby, Silverstein & Partners San Francisco, BBDO New York, BBH London and Mother London. Returning to her homeland in 2015 to open the Antipodean chapter of Passion Pictures, Katie branched out in 2018 with her own production company, Unlisted – which has solidified itself as the home of the world’s most foremost animation talent in the Asia Pacific region.