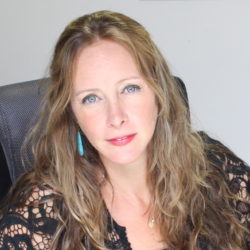 With a BA majoring in French, Genetics and Australian History under her belt, Jo’s career in production has taken her around the world, having lived and worked in London, New York, Sydney and her hometown Melbourne. 4 years in London saw her work with some of the most iconic companies and creatives and her time in New York saw her produce for Oscar nominated directors as well as being ‘No 4’ at Droga 5, helping David establish the agency during its infancy.

Recognised as Australia’s best Creative Producer at the B&T Women in Media Awards, Jo is certainly creative and resourceful, having worked on some incredible projects with some of the biggest names and projects in the entertainment and advertising industries worldwide, including, rock stars, politicians, and the current President of the USA. Now there’s a story!

Jo makes up one of the (very) small team behind 50 Shades of No, the only work from Australia ever to be shortlisted for a Glass Lion; an entirely voluntary, pro bono initiative, which was launched on IWD 2018.

Jo has been invited to judge D&AD, The Young Ones for The One Show, Spikes Asia, Ciclope Latino and AWARD Australia.