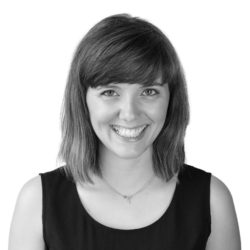 Kate Oppenhelm is a managing partner at m ss ng p eces, where she oversees the creation of over one hundred brand-led productions each year as well as development for original entertainment. Kate’s been at the company since 2010, when she joined to transform it into a new wave production partner for the integrated age. In doing so, she’s become a sought-after industry leader, and was named to the AdAge 40 Under 40 in 2017.

The company’s mission to create work that inspires culture has resulted in heralded work for the world’s leading brands and agencies, and accolades from the Emmy Awards, Cannes Lions, Webby Awards, Clios and the Tribeca Film Festival, among others. By 2015, m ss ng p eces had catapulted to Creativity’s Production Company A-List and has been named to the list every year since.

Kate has been instrumental in building a diverse roster of live action and immersive talent. Under her leadership, m ss ng p eces has become a pioneer in new, non-linear storytelling platform, and blossomed into a home for some of the most exciting directors in the world.

Kate has spoken at numerous industry events including the Cannes Lions, AICP, and Percolate’s Transition Conference, and was previously a member of the AICP’s National Board of Directors.