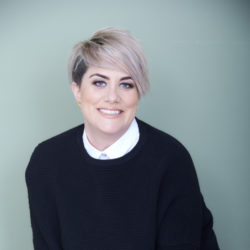 For Marie Owen, the CEO and owner of the UK’s largest photo and film service production company, LS Productions, the average working day is “varied, chaotic, unpredictable, surprising and a constant learning curve.” Initially an idea sprung around her kitchen table, she founded LS Productions back in 2006 with an ambition to showcase the country to the wider world as an inspired backdrop for photo and film shoots.

A true champion of growth and innovation, Marie has focused on building the company’s skills and knowledge base, and on creating a team of professionals who share her passion, drive and unstinting commitment to every client and project.

The in-house team now consists of 28 incredible producers, production coordinators, location managers, marketing and business development gurus, based out of Edinburgh, Manchester and London. Marie and her team pride themselves on providing exceptional service production for creative agencies, directors, photographers, production companies and brands, and have a dedicated locations management team offering world-class support to clients.

As CEO Marie sees her role as one of maximising talent and results. “I describe myself as a conductor of a world-class orchestra. It’s my job to set the tone and culture of the business. I aim to be ambitious, realistic and honest and keep my focus on the bigger picture.”

Prior to life at LS Productions Marie worked for 9 years as an air hostess for Air UK. She married her fashion photographer husband John Owen in 1999 and is mother to their 3 children. A native of Dalkeith, Edinburgh, Marie is a keen runner having participated in several charity-running events and more recently she has taken to rowing in the wild Scottish seas. In her rare down time, she loves to spend time with her family and friends at Peasebay drinking wine and putting the world to rights.