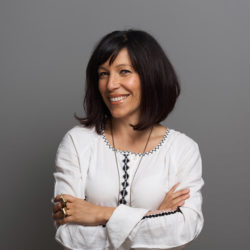 Rafaela began her career as a copywriter in Melbourne. She moved to the UK and made the leap into television, working for major broadcasters like Sky, ITV and Viacom.

As the Executive CD of BBC Worldwide (now BBC Studios), her team’s swift critical and commercial success led to their appointment as lead agency for the BBC’s biggest global franchise brands including Sherlock, Top Gear and Doctor Who.

She became Partner of Littlehawk in May 2018; an independent  creative agency building brands and content with a simple core purpose: to make brands fly.