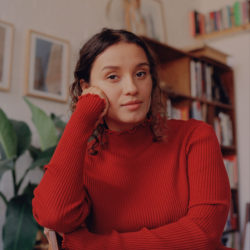 Nikola Vasakova grew up in a country with a strong film culture and history, which helped her appreciate independent cinema from a young age. Originally of Yemeni and Czechoslovakian descendency but raised in Slovakia, she was inspired by Czech New Wave film growing up. Personalities like Vera Chytilova and Jan Svankmajer helped influence her interest in becoming a video producer and programmer. Once she got her foot in the door, working for companies like The Telegraph, The Economist or Boiler Room, Nikola began to notice the limitations of progression in the industry so started a platform to network and elevate the careers of a new generation in film.

Girls in Film has evolved into a platform championing female and BAME (Black, Asian, and minority ethnic) filmmakers.

Girls in Film is a network and platform for new generation of women in film. Through events, online platform and productions we promote and connect young female-identified filmmakers.