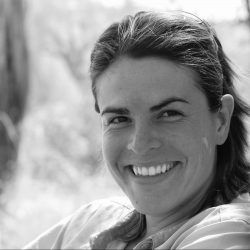 Ghibli Media Productions Inc. was founded in November 2004 by Sabine Mañas.  Sabine was born in France, raised in Venezuela, and completed her schooling in the US.  She is fluent in French, Spanish and English.

After graduating from Emerson College in 2000 with a BA in film, she worked independently within the TV world, later transitioning into Regan Cameron’s full time photography producer.
Two years later, in 2004, Sabine launched Ghibli Media Productions.

With 17+ years of experience in the industry, Sabine recognized the need to merge print and video together to maximize budgets.  This has been the key to Ghibli Media’s growth.

Personal mantra:  No Job Is Too Small

Who is Sabine:  Authentic, thorough, and reliable.

When not traveling for work or on set you can find her in Brooklyn with her wife, son and 2 dogs.