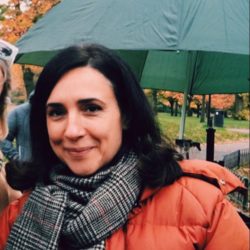 Forever is an award-winning, London-based production company specialising in commercials, online content and music videos, founded by Sasha Nixon in 2013. It has reputation for and culture of creative excellence and integrity.

Sasha has an established reputation in the industry for discovering and championing new talent and developing directors strategically from the early days of music video and shorts towards a career in commercials and beyond.

Prior to Forever, Sasha was Head of Music and EP for just shy of a decade at Partizan, one of the world’s leading production companies, on the back of working with Oscar-nominated director Michel Gondry on the Diretors Directors DVD series while she was at EMI Music.

During her time at Partizan, Sasha created one of the most exciting and well regarded hubs of creative talent in the world, a multi award-winning roster which included Daniel Wolfe, Alex Courtes, Canada, Warren Fu, Chris Cairns, Kinga Burza, Tom Beard and Saam Farahmand.

In her career, Sasha has worked on music videos with the likes of Bjork, Paul McCartney, U2, The White Stripes, The xx, Foo Fighers, Beyonce, The Rolling Stones and Beyonce (the Runnin’ music video directed by Charlie Robins winning a Cannes Lion Entertainment for Music award), and made work for brands such as Pepsi, H&M, Samsung, Kelloggs, Coca-Cola, Disney, Red Bull, Guinness, Diesel, Grolsch and the BBC.