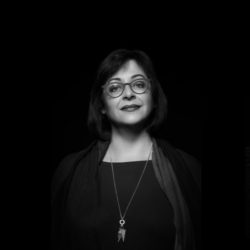 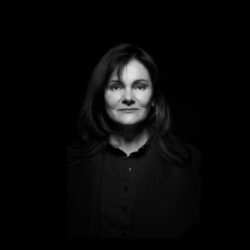 Two of the top producers in South Africa in 2018, Melina McDonald and Lorraine Smit now head up Darling Films, a female-owned production house that has been going and growing for over 4 years.

Lorraine was originally an agency producer and Melina a production house producer when their paths crossed once upon a time. These firm friends eventually became business partners and their particular brand of magic blossomed over the next twelve years into a powerful partnership at a company called Bouffant. Ads such as Nando’s “Dictator”, Coca Cola “Brrrr” and Honda “Lights” earned this little, but mighty team, international recognition and reputation for getting literally anything done.

Over the course of their careers Melina and Lorraine have dropped a beer truck four storeys into the desert for Budweiser, made it snow in Pretoria, redirected the angle of the rain, in the rain, organised the arrival of Ben Kingsley and William Shatner into South Africa, tracked down a member of the Khoi San tribe in JHB international and all without breaking a nail or into a sweat. Collectively they have had the pleasure of working with clients from all over the world; and on a number of iconic brands. After getting Bouffant to the ranking of number 1 production house in South Africa it was time to look for a new challenge.

Four years ago they took a leap of faith and started up their aptly named company Darling. The challenge with Darling was to find a new approach to the way things get done and so they took on a pool of young and relatively new talent. One of the few female owned production houses in South Africa it is a already considered one of the countries best. Hardly surprising when you consider that it was this formidable duo who negotiated the removal of three hundred ostriches off a mine field and choreographed 200 hundred Tibetan monks while shopping for smoke machines on Chinese e-bay.

Their ability and passion to grow and nurture young talent is unmatched. They have a built numerous careers for young directors and a highlight of Darling was the Award-winning BALLET campaign last year which was a series of 8 on-line stories directed by 4 different Darling Directors. The campaign won Cannes GOLD which makes Darling the only SA production house with 4 Cannes Gold Winners in one stable.

Darling is part of Free the Bid and currently has 4 Female directors on their roster.

Now that you know all this we think you’ll agree that if these two didn’t work in film they would run the world.